Quite a while ago, the lovely and talented Bev tagged me on Facebook with the "List 25 Random Things about Yourself and Tag Another 25 People" meme. Of course it sailed right past me, but then my mind stopped short and said, "Wait a sec. Didn't Bev tag you to do something or other?" So I looked it up and sure enough, I was tagged. Now I'm a spoilsport who never tags anyone else, and... Read more →

How I Became a Hockey Fan

My Capitals pulled out another game in the shootout, beating the Buffalo Sabres 4-3. Oh, and Ovi scored his 29th goal of the season. In 32 games. Unbelievable. I have not always been a hockey fan, oh no. I grew up on football and baseball because those were the sports that my Pop liked. He took us to Washington Senators games in the summer, starting with the Memorial Day double header. Once or twice he... Read more →

So You Know That Thing? It Happened!

So, I've been writing about the Thing since 2008, wishing for it, wanting it, hoping against hope, only to be disappointed every year. The Thing, you see, is the Stanley Cup, hockey's Holy Grail. I've been a hockey fan since 2004, when my sister took me to a game and I was instantly hooked. Joe and I became season ticket holders in 2008, and didn't give them up until we moved up here to enemy... Read more →

Well, it's been quite a week. Here are ten things about it. My great good friend Judy arrived on Sunday. She was delivering the keynote address and conducting a workshop in nearby Conshohocken, so she came in a couple days early for a visit. Judy treated us to a live taping of the Lovett or Leave It podcast at the Merriam Theater in Center City - it was fabulous! Before the show, though, we had... Read more →

I can't resist posting this video of the Great 8 scoring the 1000th point of his NHL career. What makes this clip even better is the announcing by John Walton, the radio voice of the Caps. "Good morning, good afternoon, and good night Pittsburgh!" Another angle of the #Ovech1Kin goal featuring @WaltonCaps' goal call. Chills. #CapsPens #RockTheRed pic.twitter.com/6Ua4JapOVX — Washington Capitals (@Capitals) January 12, 2017 Read more →

After Thingadailies ended, I collapsed from the weight of keeping up with all that creativity and artsiness. So I went to Weetacon to recover. I hadn't been in four years, so it was high time for Joe and me to fly on out to the Hinterland for fun, frolic, food, and beer. And, we had all of that and more. We few, we happy few... When we got home, we both caught colds. Bah. Anyway,... Read more →

What a great New Year's Day! "Why is that?" I hear you cry. Well, I'll tell you. Some folks watch a lot of football on New Year's Day. The Rose Bowl, for instance. I, however, watch hockey -- the Winter Classic, to be specific. The Winter Classic is a regular old NHL game, except that it's played outdoors and has a lot more pomp and circumstance attached to it. This year, my Washington Capitals hosted... Read more → 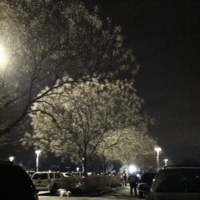 The Third Day of Advent Little Known Factoid About Me is that I became a football fan to have something in common with my Pop. I will always remember him trying to explain the game to me: "See, you have four downs to make 10 yards." Downs? What means this "downs"? It took quite a while for me to get that a "down" was a "chance." Once I got that down (heh), I picked up... Read more → 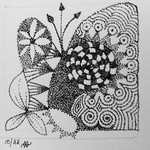 Anyhow, back to the weekend. We simply bounced from one fun-filled activity to the next! Friday night I had dinner with my high school pals. We had a little bitty room all to ourselves, which was terrific because the rest of the restaurant was filled with other large parties, including one party of 40! The restaurant was a nice Italian joint that has the most wonderful limoncello tartufo... sigh. Saturday was, of course, pancake day,... Read more →

During the Capitals-Lightning hockey game on April 13, Joe sent the following tweet: Exactly 10 seconds later, at 2:41 of the second period, Jason Chimera (aka Chim-Dog) scored! See that black spot in the back of the net? That's the puck. On April 14, Joe and I went to the extra-special spiffy Season Ticket Holders party at Six Flags. We ate hot dogs and chips, wandered around the park, and I stood in line to... Read more →

C'mon, I Could Use The Money!